Marbles are granular, finely- to coarsely-crystalline metamorphic rocks formed by the recrystallization of pre-existing carbonate-rich rocks, generally sedimentary limestones and dolostones. The choice of this sample was harder than you might think: a short list of ten was considered, winnowed from 49 marble samples from the Grenville province in Ontario, listed in Turnstone's reference catalogue. The featured marble (top) is a deformed, banded example from the York River skarn zone east of Bancroft. The "runners-up", which serve to hint at the diversity of marbles in the Central Metasedimentary Belt of the Grenville province, are (middle) a salmon-coloured marble from Faraday township, also near Bancroft, and (base) a dazzling white marble from Lanark county. The coin is a Canadian quarter, diameter 23 mm. Additional notes on each marble follow.....

Notes on 3 examples of Grenville marbles from southeast Ontario

All three show intense effervescence in dilute hydrochloric acid, consistent with a calcite-dominant composition, and are not appreciably magnetic.

Banded marble from the York River skarn zone, a well-known rockhound locality east of Bancroft in Dungannon township, Hastings county. The unusual local geology, with close conjunction of granitic rocks, nepheline-bearing gneisses and pegmatites, and marbles has attracted interest for a century. This mineral occurrence is on the east bank of the York River, opposite another locality, the Goulding-Keene quarry. Hogarth et al. (1972, pp.62- 63) ascribe a multi-stage origin to the zone, concluding with late- stage ductile deformation and mylonitization. This is an attractive 17x14x6-cm slab of banded marble, with abundant greenish-black masses of secondary minerals (possibly brucite nodules with tochilinite?) and widespread traces of fine-grained (grain size 1 mm or less) orangey (?) grossular (Al,Ca)-rich garnet. The bands and clots of dark pyroxene occur in a very fine-grained, pale greyish, apparently massive calcitic matrix. The York River skarn zone, reportedly of dolomitic composition, is noted for specimens of garnet, diopside, vesuvianite (idocrase) and wollastonite, and other minerals, over 30 species in total (Sabina, 1986, pp.16-17; Fouts, 1998, p.22). The brucite association is said to include an obscure hydrated Mg-Fe carbonate, brugnatellite. Rocks like this really deserve a thin section, currently unavailable!

The building stones of the region have been used in the past for a wide range of construction, decorative and landscaping purposes. Several local stones, including some Grenville marbles from the Bancroft area and Quebec, were employed in the rebuilding of the Parliament Buildings in Ottawa in the decade following the fire of 1916 which destroyed the original Centre Block (Lawrence, 2001). Fine-grained white dolomitic marble of the former McMillan quarry in Dungannon township was used in government buildings in both Ottawa and Toronto. Marble and granite quarries still operate today, and surely have potential for future sales. Ontario architects and interior designers import facing stone, tile and other rock from around the world: from Europe, India. Latin America, the Far East and elsewhere. Very specific requirements may demand imports from overseas, but there is certainly scope for a major revival of "home-grown" building stones!

The best single source of information on building-stone resources in Ontario lies with the provincial government (Ministry of Northern Development and Mines Resident Geologists' offices, and the Ontario Geological Survey). Building stone properties were reviewed by Verschuren et al. (1985). A survey of limestone (and some marble) resources by DMBW&OGS (1989) includes descriptions of marble quarries in the Madoc area, plus Tatlock, Haley Station and other districts. Many marbles are described in detail by Grant et al. (1989), and a few more by LeBaron et al. (1990). There is also an extensive literature of regional memoirs, mineral-locality descriptions and mineralogical research articles, all of variable relevance to the marbles. Some 15 percent of >2,800 MINLIB bibliographic records on the Grenville province concern, or at least mention, marble. 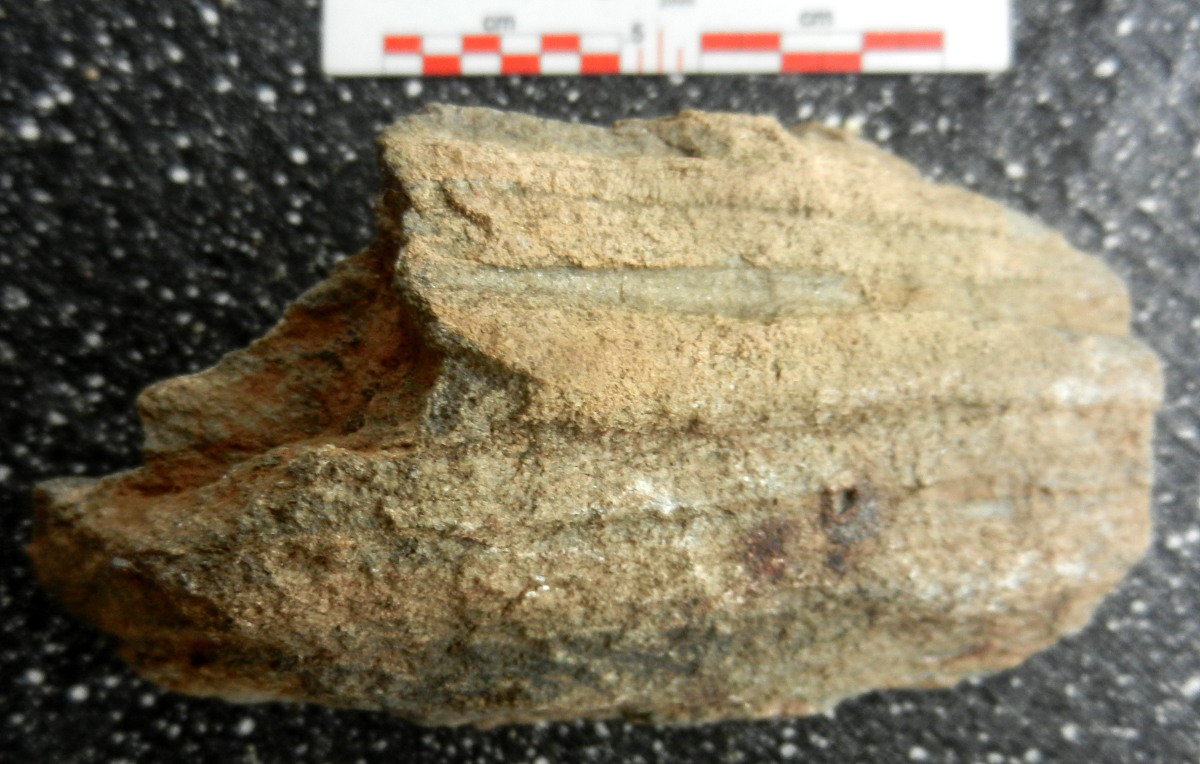 A "mystery rock" was proffered in Campbellford in October 2021. It is shown in the above photo. Along the way, here are some observations that led to the identification: note that the quantitative density and magnetic measurements are not required to reach a conclusion:

Look into another white marble from Bancroft area

Peek inside another marble, from Scotland