Based on 95 observations in Seymour township, Northumberland county, southeast Ontario, 1999-2006.

The earliest and latest sightings of this handsome swallow in this 8-year period were 31 March and 22 August. The arrival of small numbers of the bird was recently noted on 30 March 2007, and in nine years the first sightings were on 30-31 March (3 years), 4-9 April (4 years) and 14-15 April (2 years). It is likely that the tree swallow is present until late August, although in eight years' sightings the bird was last spotted on 2-5 July (4 years) and 31 July to 22 August (4 years). This short-tailed swallow is often seen, throughout the season, beside the Trent canal and in particular perched on lines at Picnic Island Park, at the east bank of the canal immediately north of Ferris park.

The typical migration through, and residence and breeding of these birds at Presqu'ile provincial park, roughly 40 km to the south, occurs from late March to mid-October, with extreme sightings on 10 March and 14 November (LaForest, 1993, pp.247-248). The tree swallow is a common summer resident and breeding species at Presqu'ile. In Peterborough county, to the northwest, the tree swallow has been noted from 03-04 March to 02 October, and exceptionally to 21 October (Sadler, 1983, pp.110,176). It is the most abundant swallow in the county, collecting in great flocks with other swallows prior to departure. "Because of its early arrival, it is often caught in a severe cold spell, when it will feed on berries" (ibid., p.110). This was the case with five birds seen on 30-31 March 2007, prior to some cold late-winter weather. Bent (1942) describes the early appearance of the tree swallow, and the adaptation of the species to harsh weather on migration (ibid., pp.384-400). 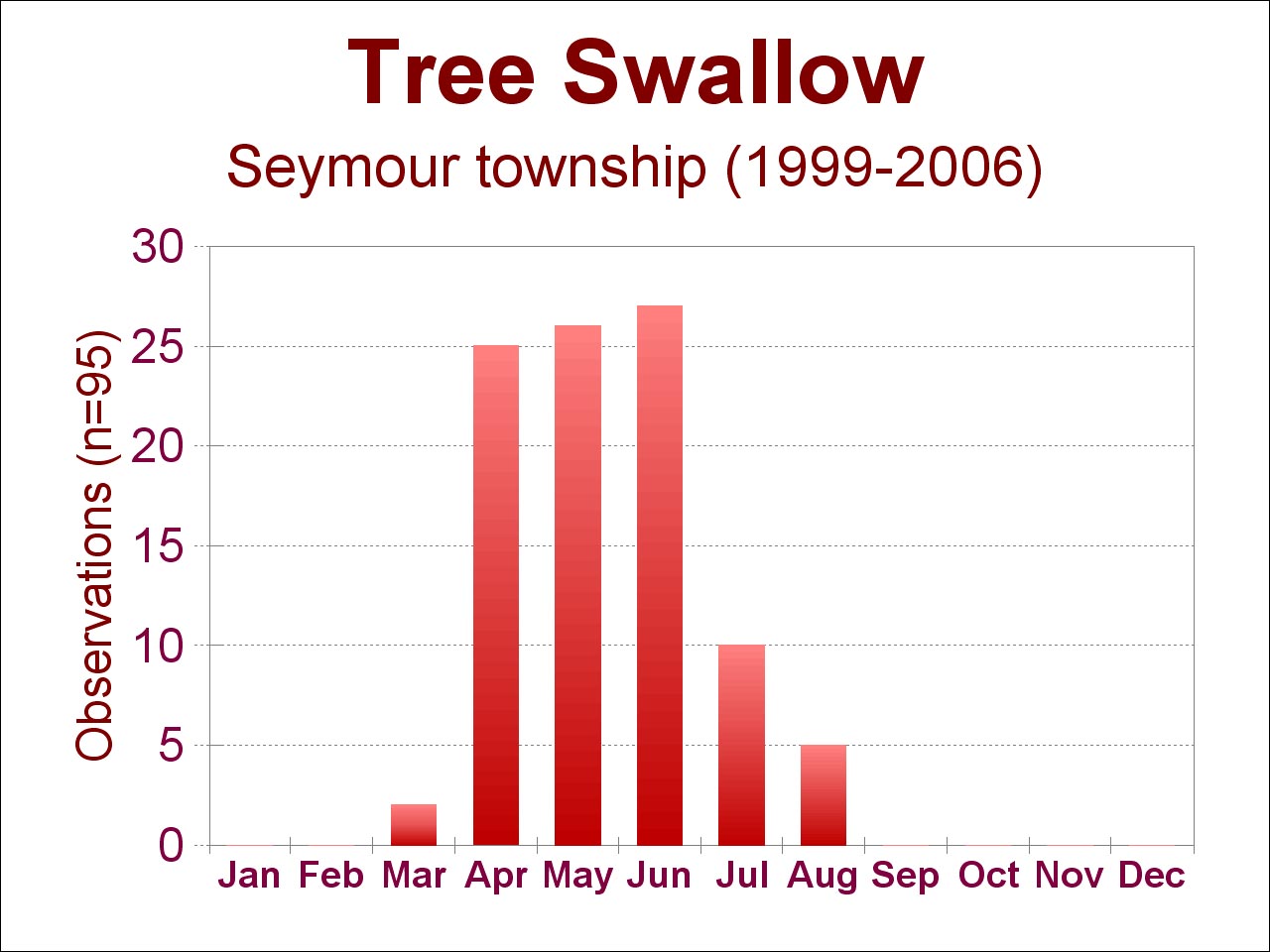