Based on 26 observations in Seymour township, Northumberland county, southeast Ontario, 1999-2003.

The pileated woodpecker is a spectacular bird at close quarters, and can often be identified at much greater distances when in flight or in a noisy phase of its frequently-quiet woodland life. Generally seen only singly or in pairs, it appears to be a year-round resident of the area. Bent (1939, p.172) noted that "It is a denizen of extensive forests. It will adapt itself to second growth - particularly where the young trees have sprung up about some remnant of the old; but in any case it requires wide areas. As forests dwindle to woodlots, along with the wild turkey, the barred owl, and the raven, it disappears". Although it vanished from lands cleared for agricultural use, in rougher terrain such as mountains, marginal ridges and forested swamps "its numbers during the past 50 years have increased, and it has reappeared in localities once deserted".

The bird is dramatic in flight, has a loud "yaffling" cry, and its resonant drumming is rivalled only by the yellow-bellied sapsucker (ibid., pp.175-176). At Presqu'ile provincial park, roughly 40 km to the south, the large woodpecker is an uncommon, year-round resident, although "birds are heard much more often than they are seen" (LaForest, 1993, p.232). In Peterborough county, to the northwest, the bird is found year-round and has increased in numbers since the 1950s (Sadler, 1983, p105). 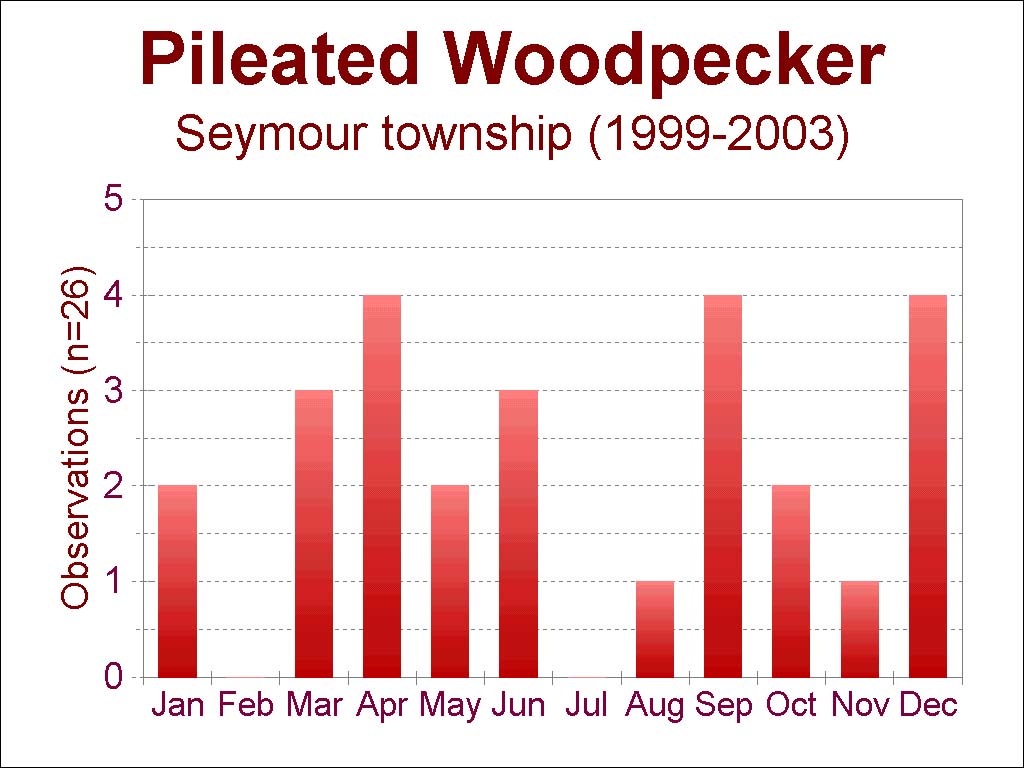