Based on the timing of 87 observations of two summer residents in Seymour township, Northumberland county, southeast Ontario, 1999-2004.

The earliest and latest sightings in this six-year period were 13 May to 25 August (nighthawk) and 11 May to 07 August (chimney swift). 24 sightings were noted for the nighthawk (lower data set on the plot), declining gradually from May to August, plus 63 sightings or sound-recognitions of chimney swifts, with clear peaks in May and July (upon return and prior to departure), based on all available data.

No nighthawks were heard or seen in the area during 2003, and only one in 2004, on 13th May - this is disturbing, as the birds have seemed like a seasonal clock over the past 20 years, typically appearing along the Lake Ontario shore and downtown Toronto around May 20th each year. A report on birds at Presqu'ile for Saturday 30 August 2003 noted the sighting of six nighthawks over the marsh, a park record for the year to that date.

The typical migration times of these birds through Presqu'ile provincial park, located roughly 40 km south of the town on the north shore of Lake Ontario, is around mid-May and mid-September (nighthawk) and late April and early October (chimney swift: LaForest, 1993, pp.218,221). 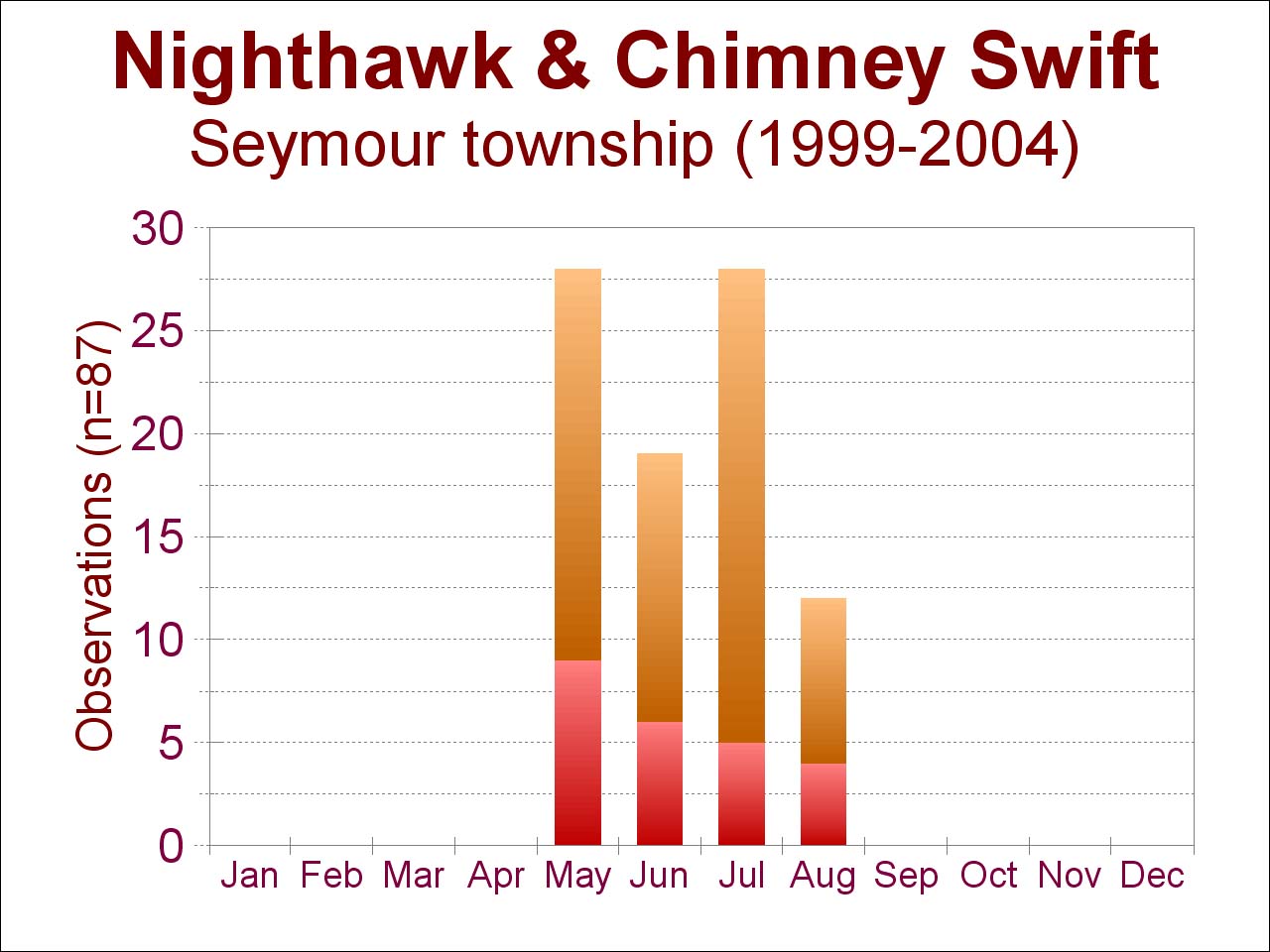