Based on 550 observations in Seymour township, Northumberland county, southeast Ontario, in the nine calendar years 1999-2007. The blue jay may be found year-round in the township, even in the depths of winter. Numbers are lowest in February, rising into the summer months and with a pronounced peak in late summer and early fall, following the fledging of the young. Like robins and starlings, blue jays have a marked tendency to gather in vocal groups as the temperatures slide downwards, whether or not they act on some group memory of winter, and migrate!

The blue jay is a common migrant and year-round breeding resident at Presqu'ile provincial park, roughly 40 km to the south (LaForest, 1993, pp.253-254). The bird is also very common in Peterborough county, to the northwest. Here, nesting may continue into July, and "in nesting season the bird is quiet and hard to find" (Sadler, 1983, p.113). 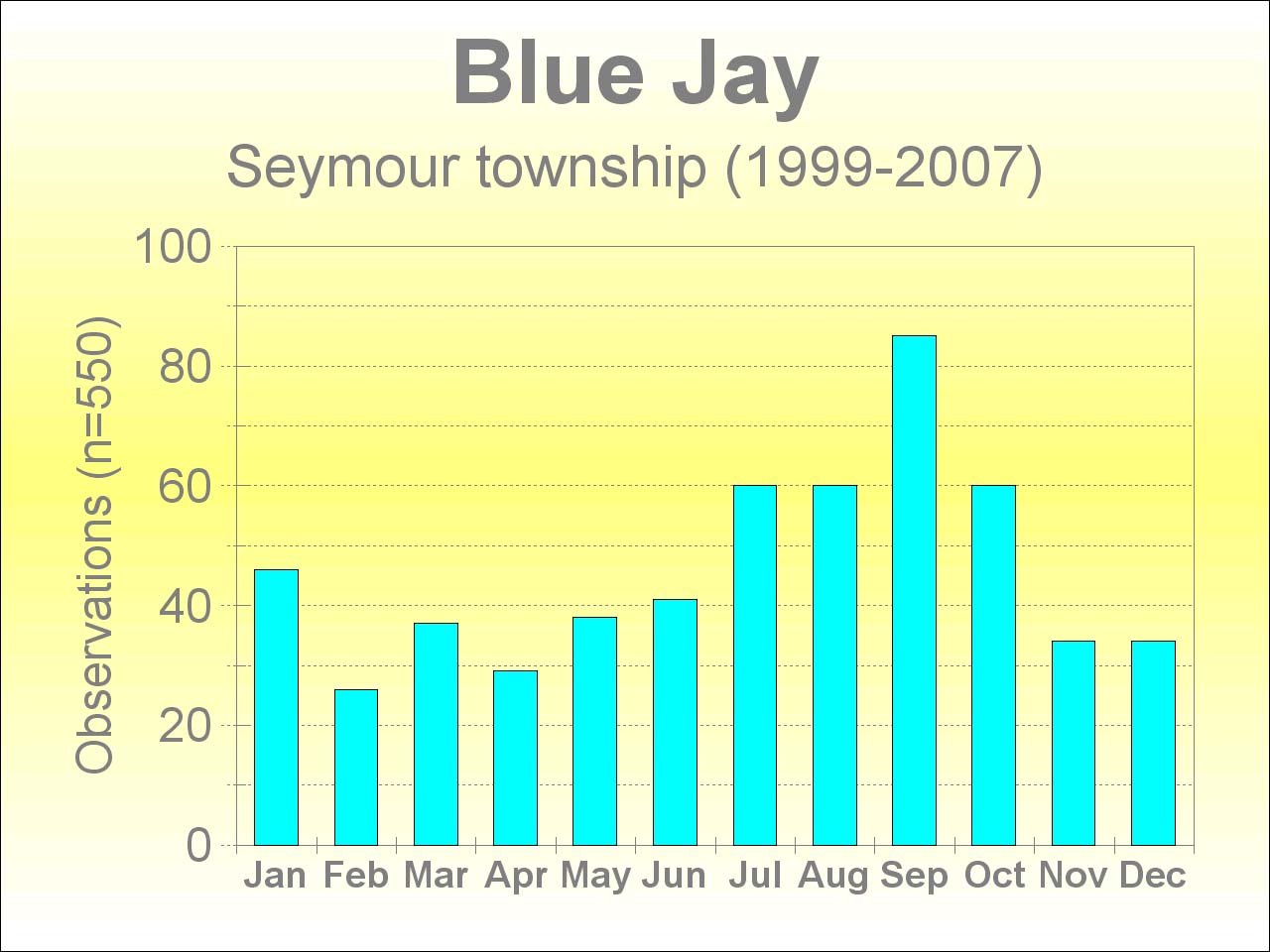