Based on 93 observations in Seymour township, Northumberland county, southeast Ontario, 1999-2003.

The earliest and latest sightings in this 5-year period were 10 April and 21 October, with two exceptions. Two winter sightings were made in 12 and 14 January 2000, involving a pair of goldfinches and a pair of eastern bluebirds, in -10°C weather. One or both goldfinches were seen on both days.

These brightly-coloured, distinctive birds are seen over a long summer season, and appear occasionally in winter (2 sightings in 54). It is common from mid-May to early October at Presqu'ile provincial park, some 40 km to the south, where up to 100 birds may be seen daily in May (LaForest, 1993, p.388). 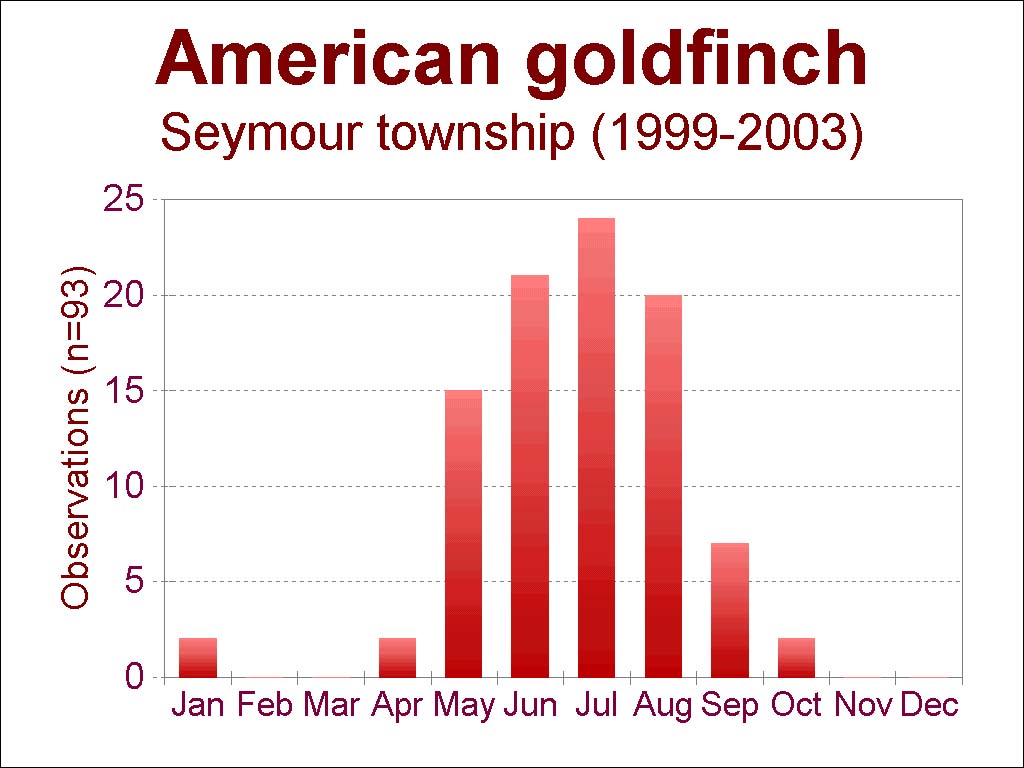