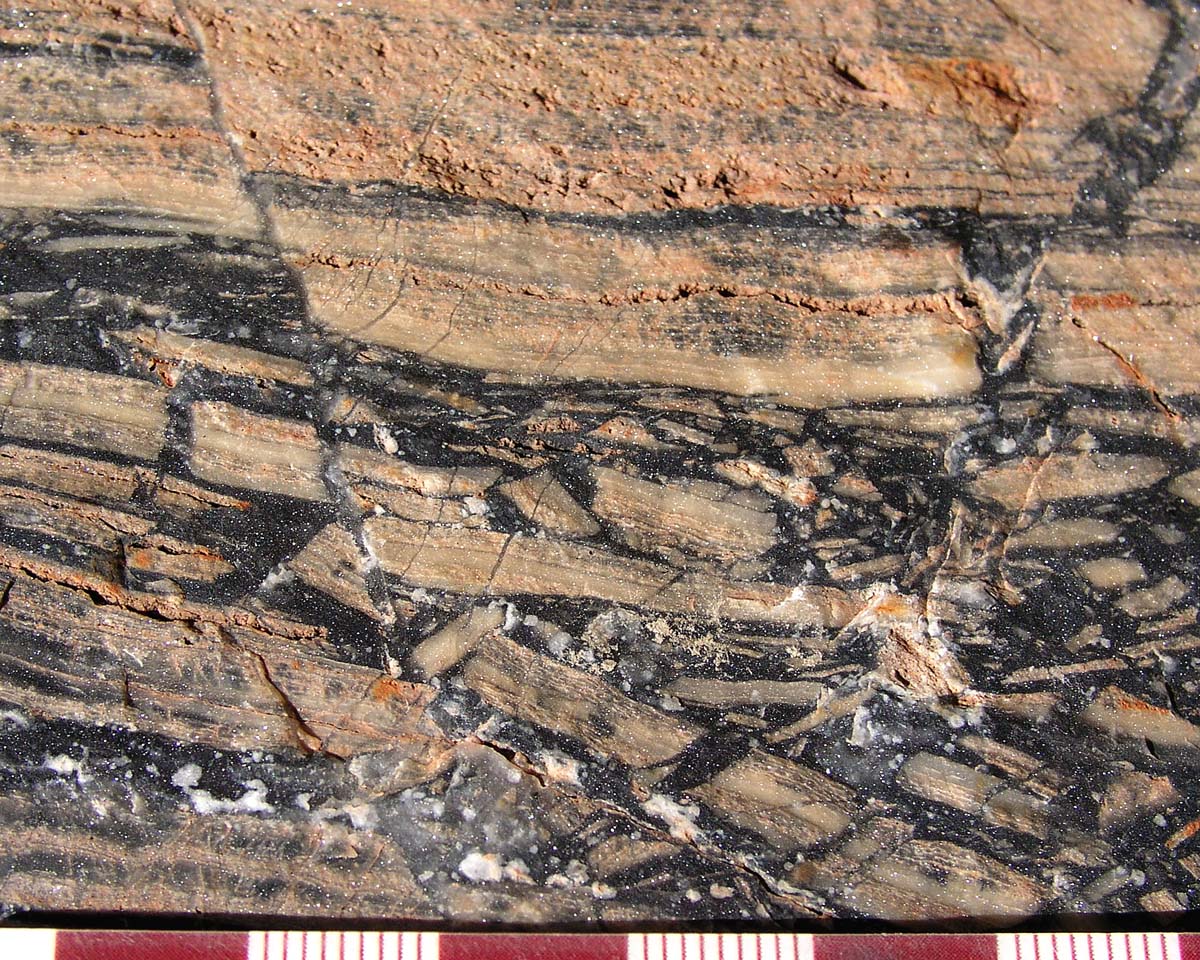 Brecciated chert of the Windaning Formation, from the gold- mining district including Mount Magnet in the south and Lennonville in the north, in the Murchison province of the Archean Yilgarn craton of Western Australia. The site lies north of Warramboo Hill (Watkins and Hickman, 1990, p.179), near the Grand Gorge and other gold mines. A spectacular brecciated, banded chert, with tabular slabs of pinkish-grey chert in dense bluish-black matrix. The breccia shows only low-angle disruption of the original bedding of the rock: the brecciation may be tectonic in origin.