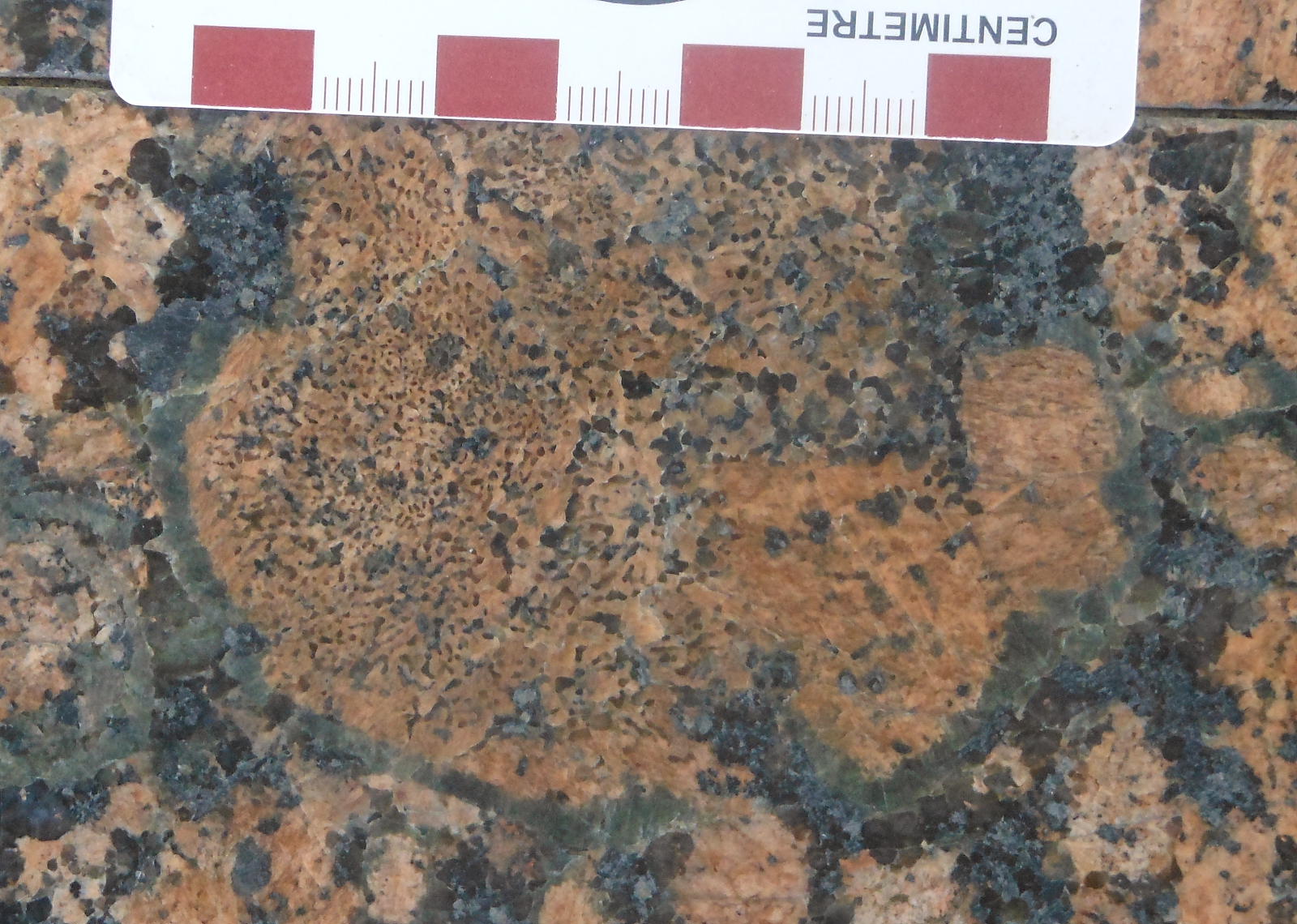 Figure 7. A close-up of a 7x5-cm bleb of granophyre, the only such example noted in many casual strolls across the polished "exposure" on the west end of the conference centre at CUGB. 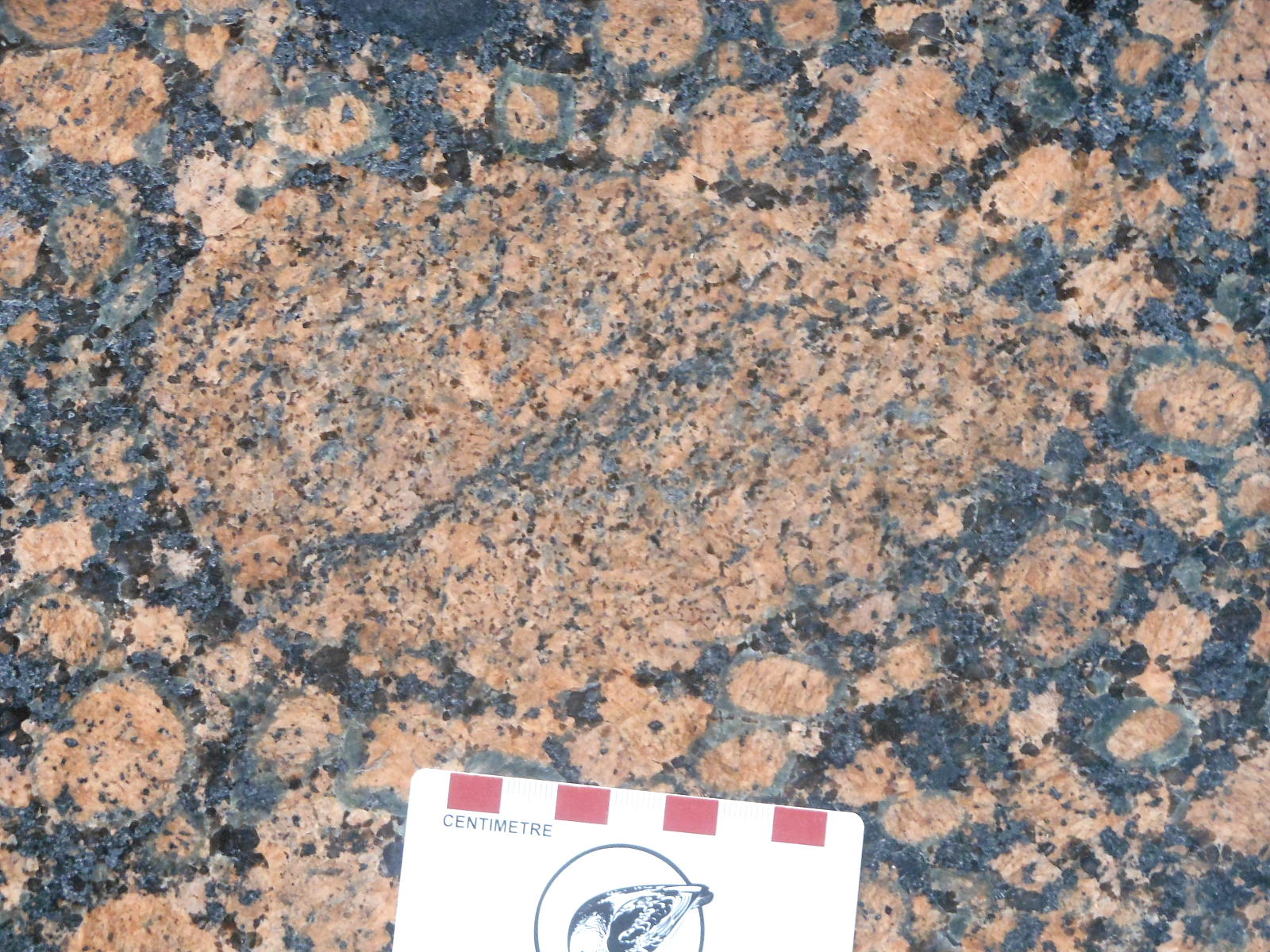 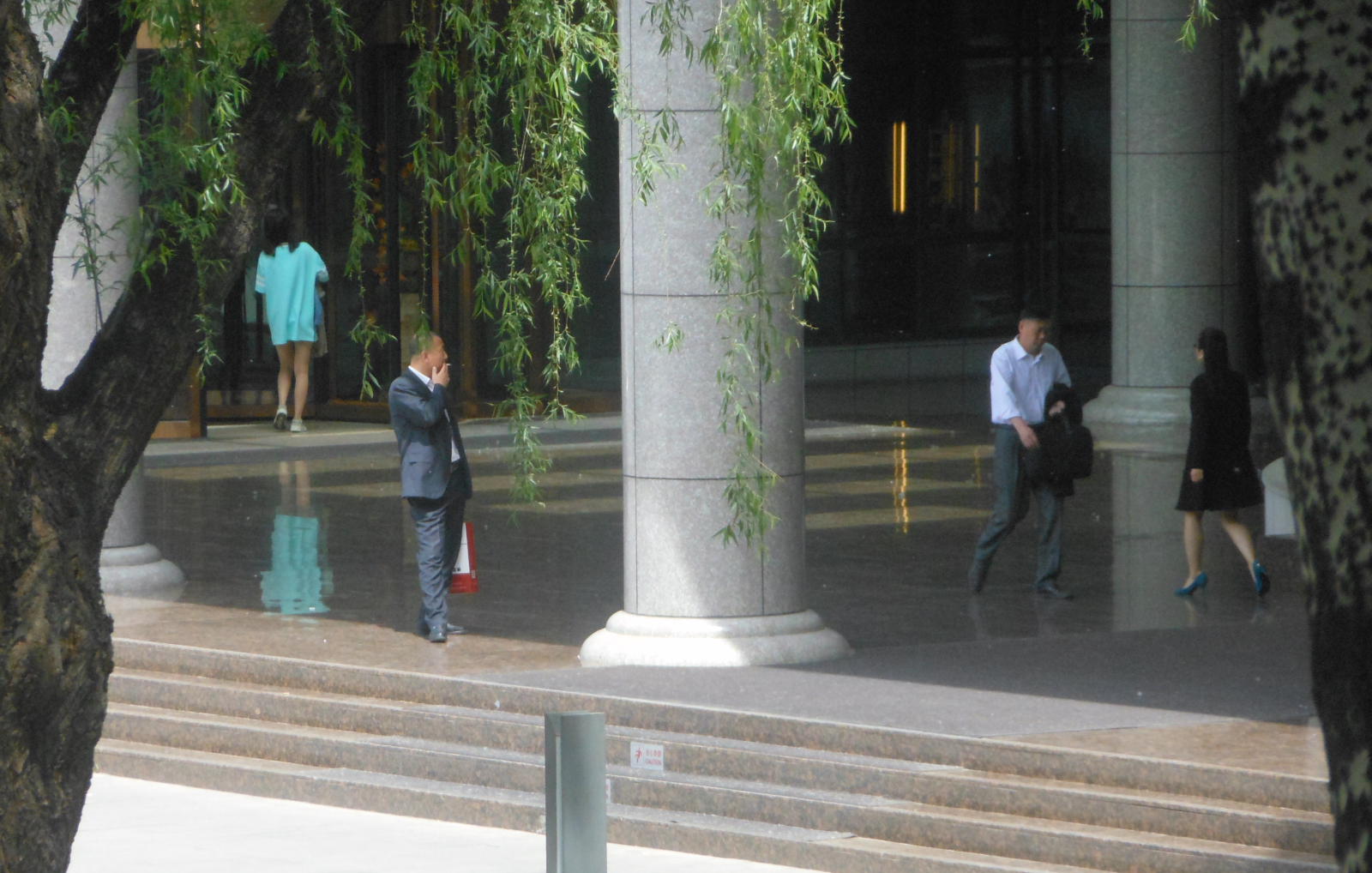 Figures 8-9. A uniquely large, 17x9-cm inclusion in a rock where the largest complex megacryst is circa 7x6 cm in plan. This is the largest of three such inclusions on a single large tile, possibly quarried from near the original roof, side wall or feeder conduit to the magma chamber. On the right: the granite steps and patio to the entrance of the hotel and conference centre at CUGB. 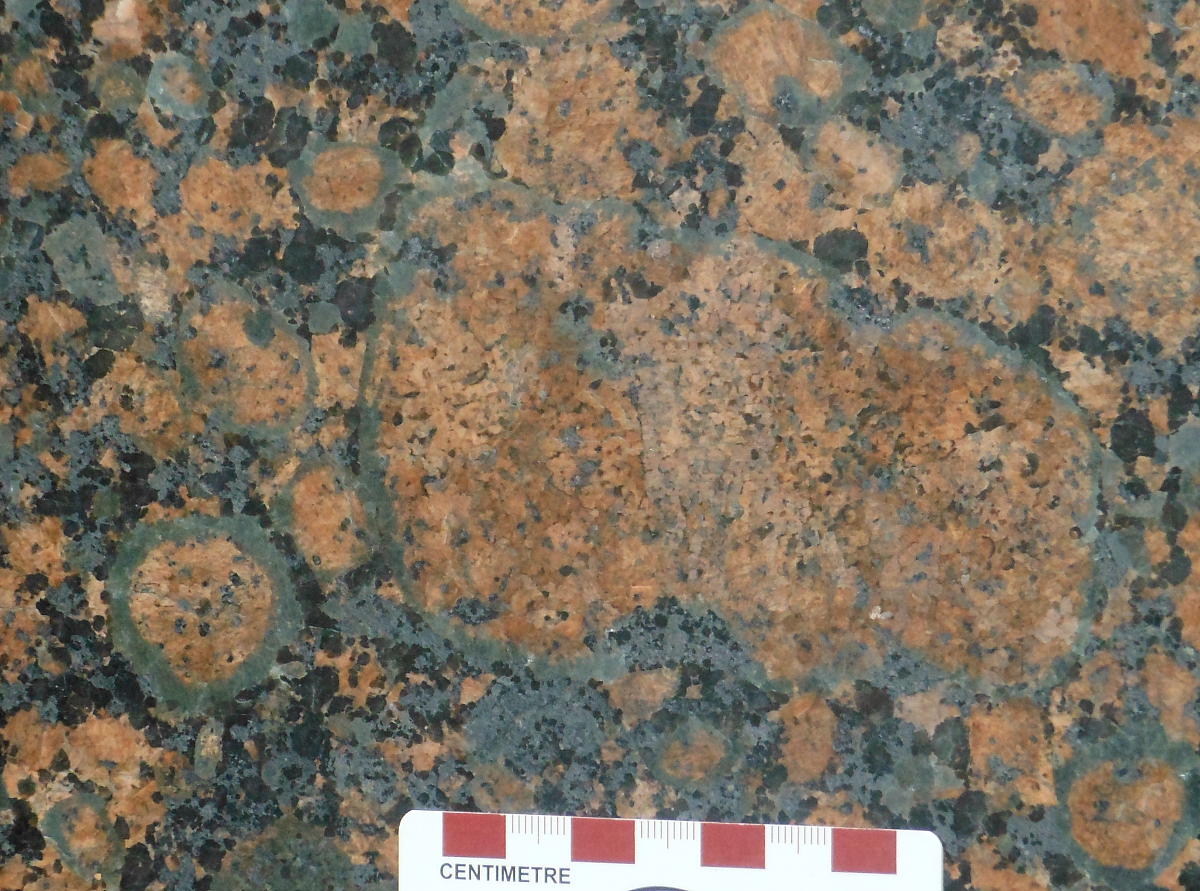 Figure 10. Another tile shows three K-feldspar masses being squeezed together, with a single plagioclase rind surrounding all three, indicating that the rock was in a plastic, hot state when these mantles were formed.

or browse by category in the
"Rock of the Month Index"
(specimens related to China, and Beijing, appear below).