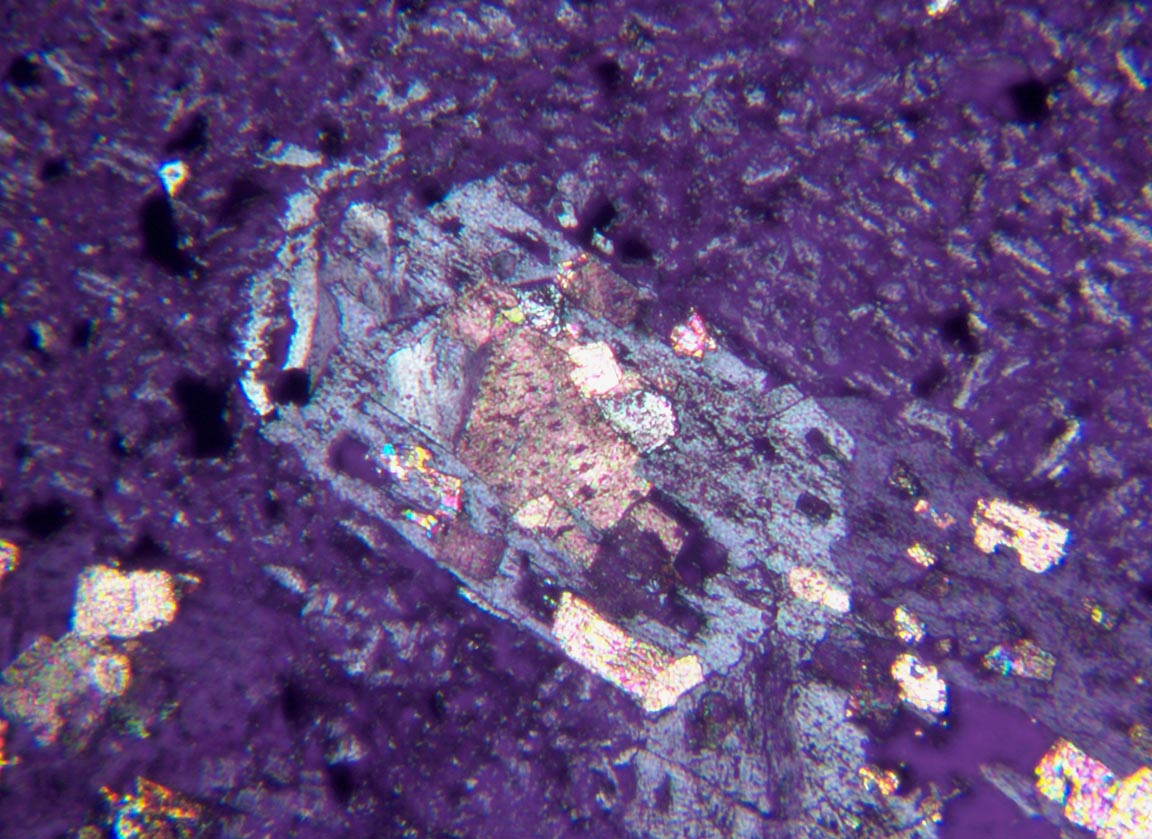 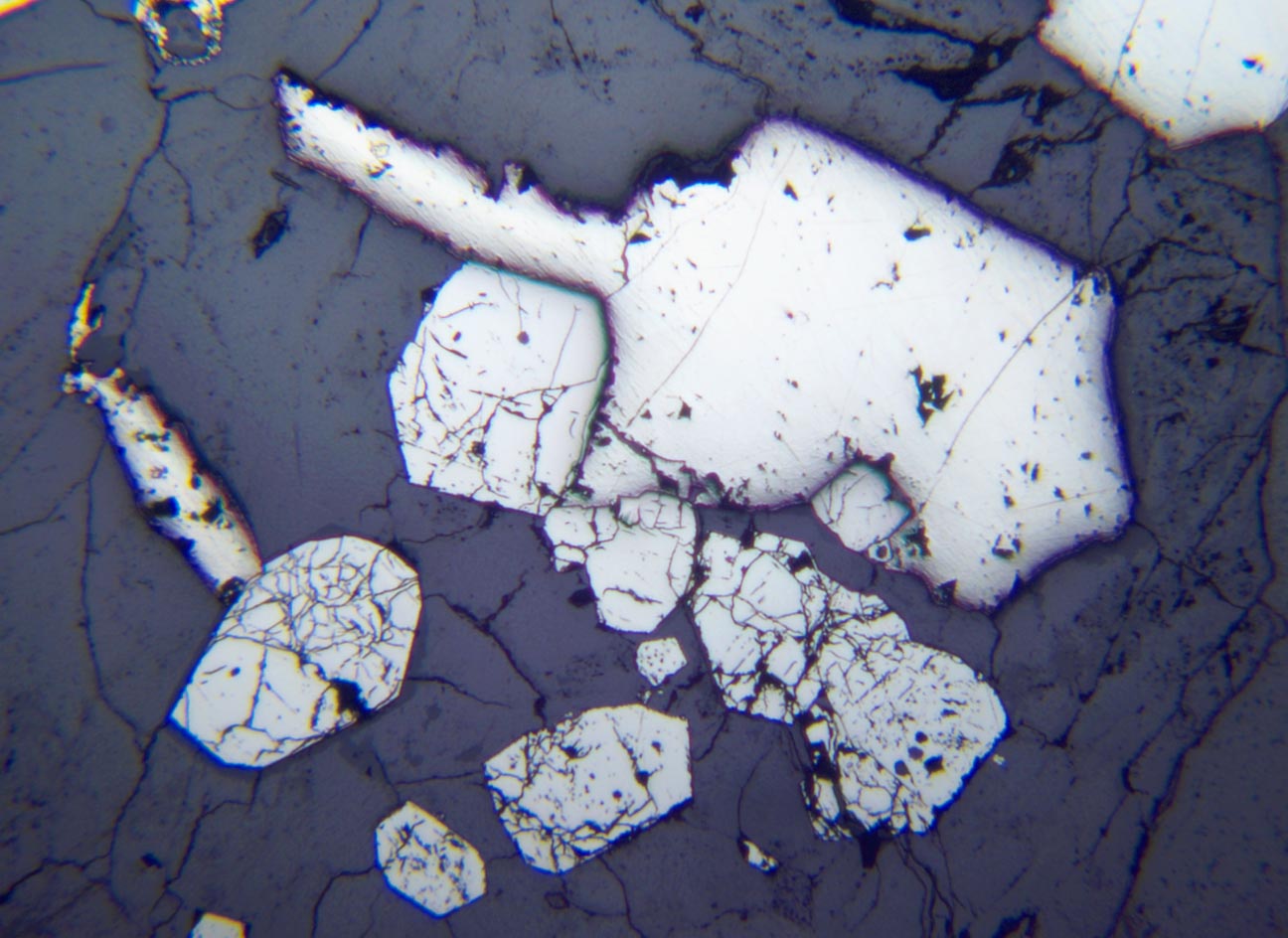 Figure 3. Photomicrographs of samples 1665 and (right) 1445. Left: carbonate and quartz inclusions in a small K-feldspar phenocryst, in the fine-grained trachytic-textured groundmass of the rock. Right: a thin section of a chip (sample 1445) from the nearby Portland mine. This sample is labelled as "sylvanite in phonolite breccia". It was purchased from David New in 1992. The rock is a medium to pale grey breccia with pale phonolite clasts in a dark cement containing shiny ore minerals. Small quartz-lined vugs host discrete silvery-grey platy crystals of the monoclinic telluride sylvanite, (Au,Ag)2Te4. This image shows one of the scattered, large (up to 0.8 mm) crystals of shiny sylvanite, partially overgrowing small, equant, subhedral to euhedral crystals of fractured pyrite in a matrix of strained quartz. Nominal magnification 50X, long-axis field of view 1.7 mm, in crossed-polarized transmitted and (right) plane-polarized reflected light.

See the companion discussion on Cripple Creek and other telluride localities in Colorado, or