Based on 8 observations in Seymour township, Northumberland county, southeast Ontario, 1999-2004.

The male indigo bunting, seen in good light, is a most attractive and almost unmistakable bird --- all the more strange, then, that since the autumn of 1998 we have logged just eight sightings of the species in the township, and all in the summers of 2003 and 2004, in wooded, hilly terrane just west of Campbellford. Sightings (2004) from 29 May to 20 August, following the first observation on a sunny morning, 30 June 2003.

The indigo bunting is a common spring migrant and uncommon summer resident and fall migrant at Presqu'ile provincial park, roughly 40 km to the south. Extreme sightings are 28 April to 14 October, with just three reports in the park after mid-August (LaForest, 1993, pp.343-344).

In Peterborough county, to the northwest, the indigo bunting is generally found from 06 May to 12 October, with extremely rare winter sightings (Sadler, 1983, pp.145-146). 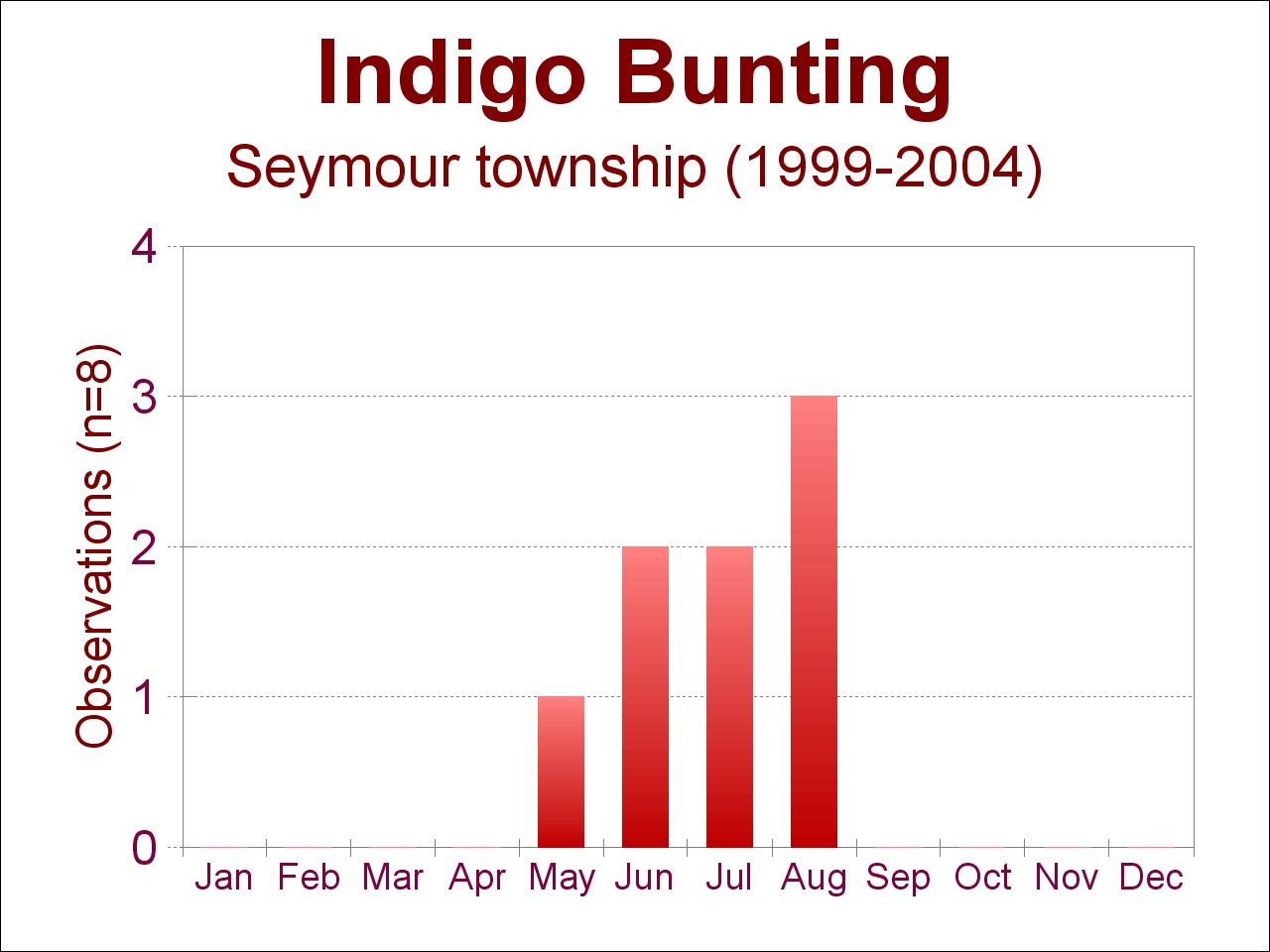