The Use of Flint in Church Walls in England


1. The church: St. Nicholas is an attractive church in a small hamlet. Nowadays, Chipping Hill is a northwestern neighbourhood of the town of Witham. The larger part of the outer structure of the church, as well as the churchyard walls, display extensive and frequently very artistic use of the durable black, white-weathering local flint as a building material. This beautifully-crafted cross is assembled with meticulously squared-off flint blocks (each roughly 10 cm in diameter).

Witham and the surrounding area of central Essex has a long history. There are old defensive earthworks at Chipping Hill, and remnants of Mesolithic, Neolithic, Bronze Age, Iron Age, Roman and later occupations have all been documented in the area (see, e.g., Rodwell, 1993; Gyford, 1999). 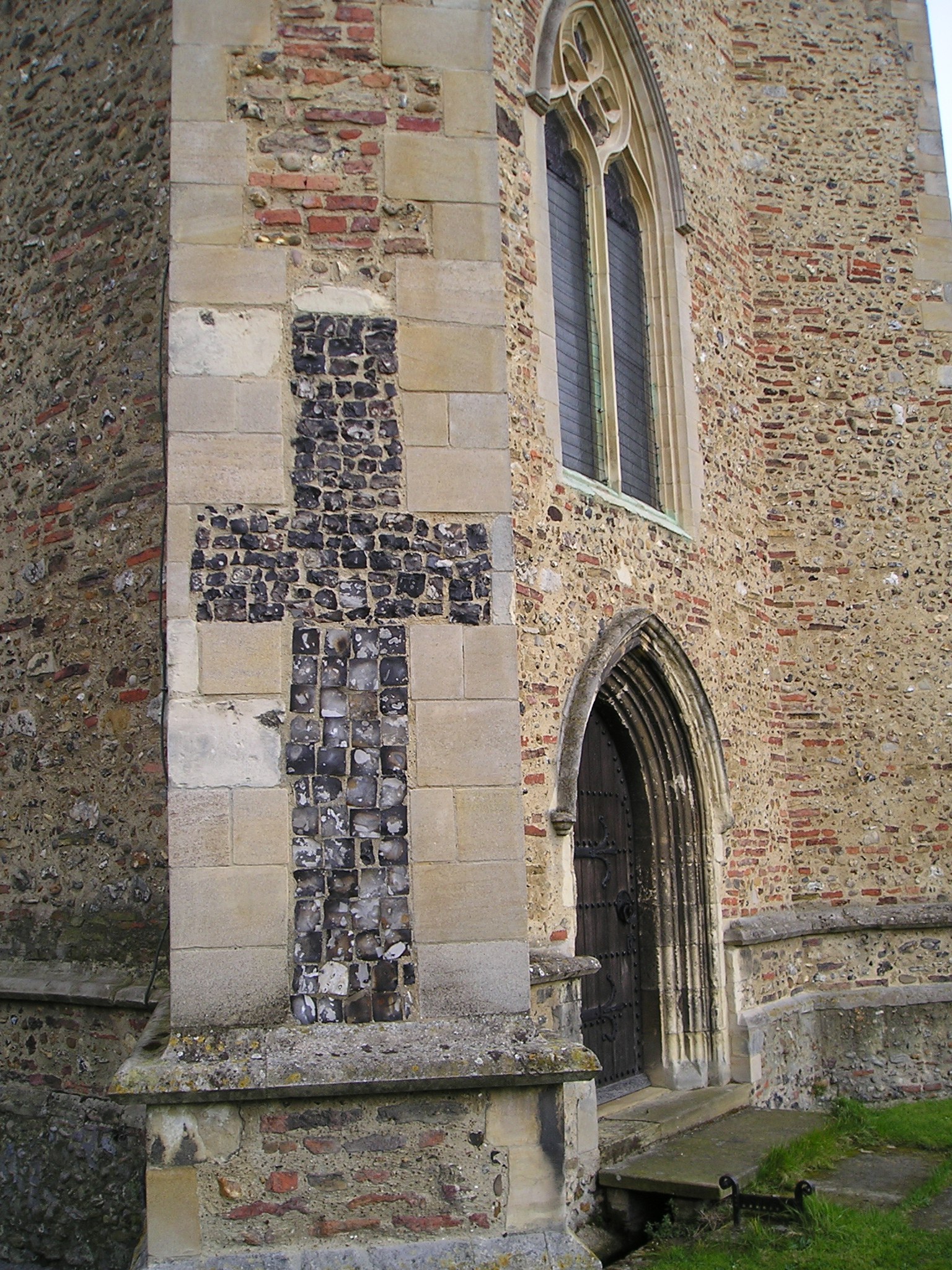 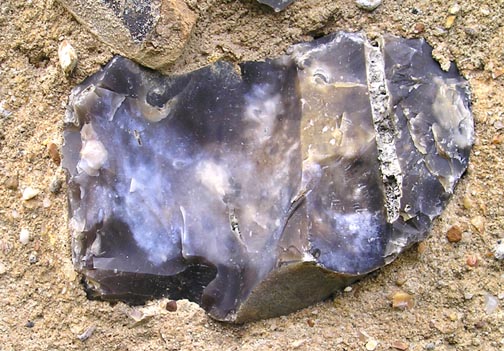 2. The flint: Local flint cobbles exhibit a range of grey to black tints when fresh, below the mm-scale white weathering rind (`cortex'). It is readily available in local fields and gravel pits, and would have been an immediately attractive choice as a building material. It is very hard, yet sufficiently brittle that it breaks with moderately flat faces and a signature conchoidal fracture. This cobble, spied low in the church wall, is fractured, with a waxy sheen, a bluish surface colour (not unusual in flints) and a thin channel, possibly a relict burrow (`trace fossil') in the former sea floor.


Flint is a familiar rock across much of southern England and France. A hard yet workable material, flint is a form of fine-grained silica (chert) used for tool manufacture in prehistoric times (Lewis et al., 2000) and for building material for many centuries. The flint itself, found widely across western Europe, is derived from its original host rock, the formerly extensive Cretaceous Chalk. Flint nodules are ubiquitous in fields in the region, and may contain exquisitely preserved sponges, echinoids and other fossils (Lucy, 1999). The Chipping Hill church displays abundant grey to black flint, plus yellow to red variants (commonly referred to as jasper) and some thin, tabular, deep-red bricks. Some walls in southern England also contain a range of siliceous rocks, often silica-cemented breccias and conglomerates, known as silcretes, including sarsen stones and puddingstones, of various and debated origins (Ullyott et al., 1998).

PALOMO,A and GIBAJA,JF (2006) Pervivencias del uso del silex en época moderna y contemporánea. Revista de arqueologia del siglo XXI no.297, 34-41 (in Sp.), 31 January. This article has some interesting photographs on the working and uses of flint, including the two images of the church in Chipping Hill.