Based on the timing of 145 observations in Seymour township, Northumberland county, southeast Ontario, 1999-2003.

No snowbird, this one! The chickadee is present in all seasons, and has been seen from 01 January to 31 December.

The chickadee is seen and heard year-round, but with peaks of activity and visibility in mid-winter at feeders and in the fall, once the summer broods have fledged. It is relatively inconspicuous in spring and early summer, but has been identified in every month (as of 27 June 2003, when the song was noted near Campbellford). It is common at Presqu'ile provincial park, some 40 km to the south, where it is `a common year-round resident; irregularly, an abundant fall migrant; breeds' (LaForest, 1993, pp.256-257). LaForest continues: `The black-capped chickadee is one of the most frequently seen birds in forested areas of the peninsula. This species is especially abundant in winters following autumn irruptions of birds from farther north'. 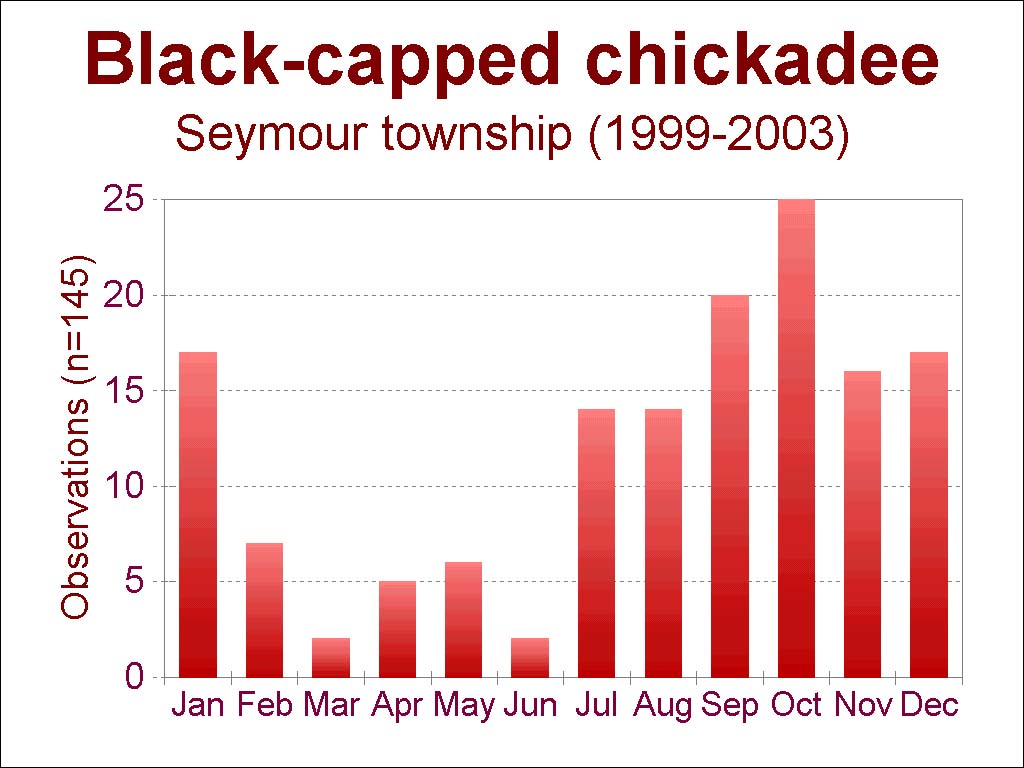